Franco Sarto is the driving inspiration and passion behind the actual designs. Born in 1949 in Dolo, a small town outside of Venice, Sarto’s passion struck early. By the time he turned 14, Sarto was working in a shoe factory where his job was to sit on a stool and hand-last shoes with a hammer and nails.

By his early twenties, Sarto knew shoes and fashion were to be his life, so he packed up and moved to Stra - the center of shoe design for all of Italy. He quickly partnered with another designer and opened up a design studio. In 1990, he launched his namesake line.

It is Sarto’s start as a cobbler and his passion as a footwear designer that make him a rarity in the business; he designs his shoes both with the sweat and blood of a technician and the grace and beauty of a designer. To this day, Sarto hand sketches many of his designs and is well-known for his drawings during public appearances. 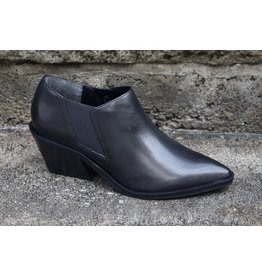